By ntuchamber in Taiwan Missions on November 25, 2009.

Last night, I used ear plugs and slept better. This morning after breakfast and before 9:30, we had the same activities as yesterday — Bible study and prayer. 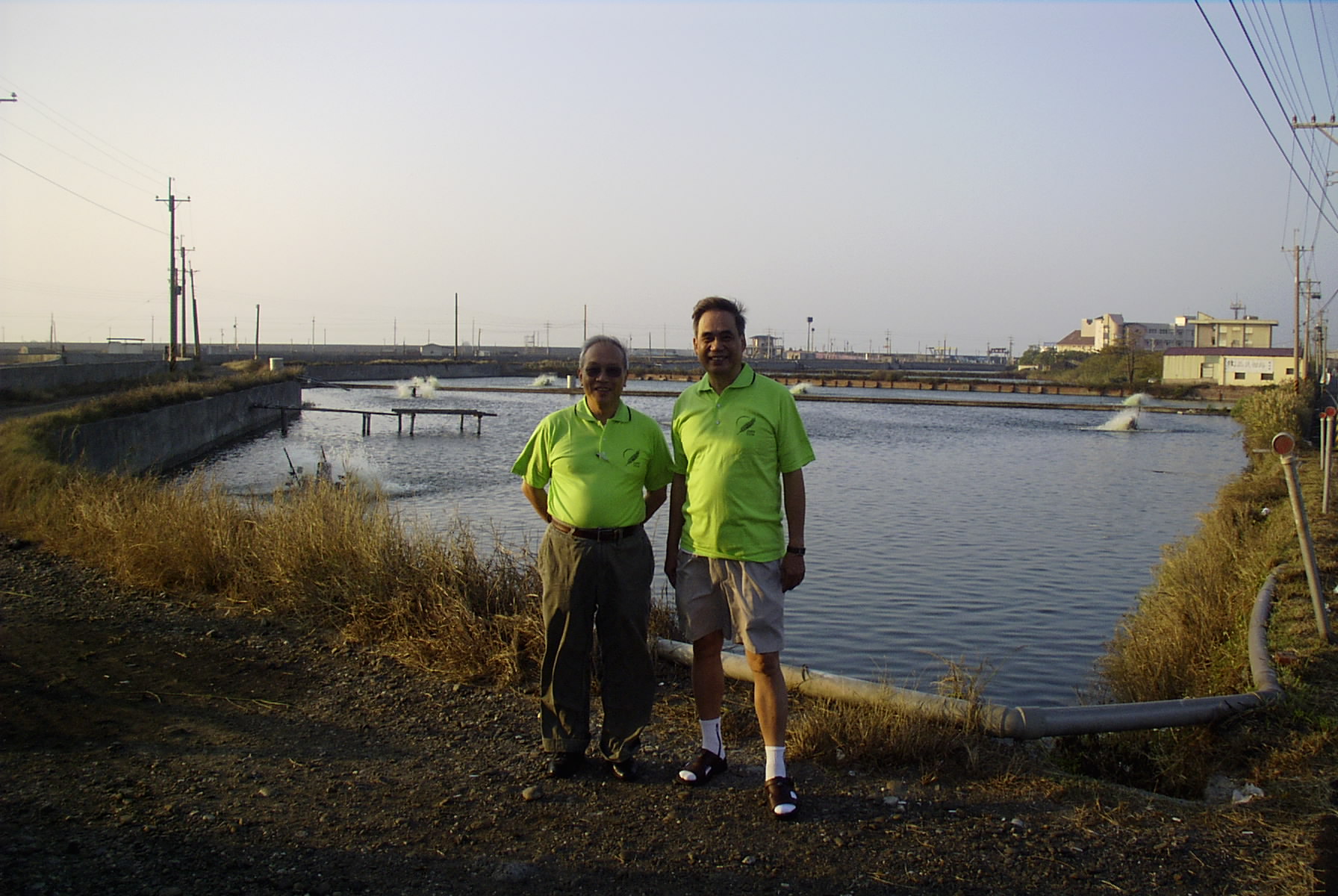 In the morning activity, we split into four groups to visit the local schools. I joined the group to visit 六嘉(Li0u-Jia) junior high school. Coincidentally, Pastor Wu also visited so we joined together to have a meeting with the school Principal, Mr. Guan. He told us how the school was operated. The school children can stay after school for tutoring upon the request of their parents. They have vocational programs for those who do not want to go to higher educations. Some even worked as apprentices in the local factories. One of us asked whether they split the “gifted” students from the others and the answer is “no” that the school has to comply with the governmental rules. Surprisingly, they do not have “music” or “art” classes. Mr. Guan mentioned that he has a desired to introduce the “Harmonica” class as a simple music class for the students because the instrument is inexpensive and is easy to play. I tole Mr. Guan, I will discuss this idea with my earlier church (OCCCA) which has a “Harmonica” group. 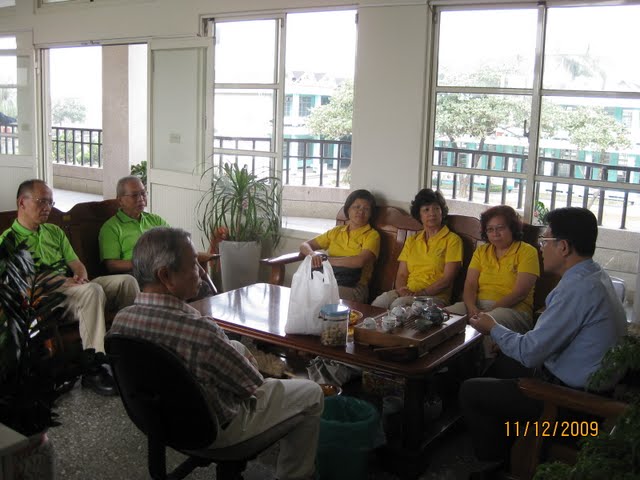 In the afternoon, Tongshih center has an Evergreen Group” meeting. This group is mainly consisted of older people. The church invited an instructor from a social service group to teach the older people games and exercises. The instructor started with varieties of games using hand and dancing to stimulate the brain-hands-feet coördination. Later, he introduced a game called “GAGOL” which is similar to “Cricket”. These elders enjoyed the game and had a really good time. 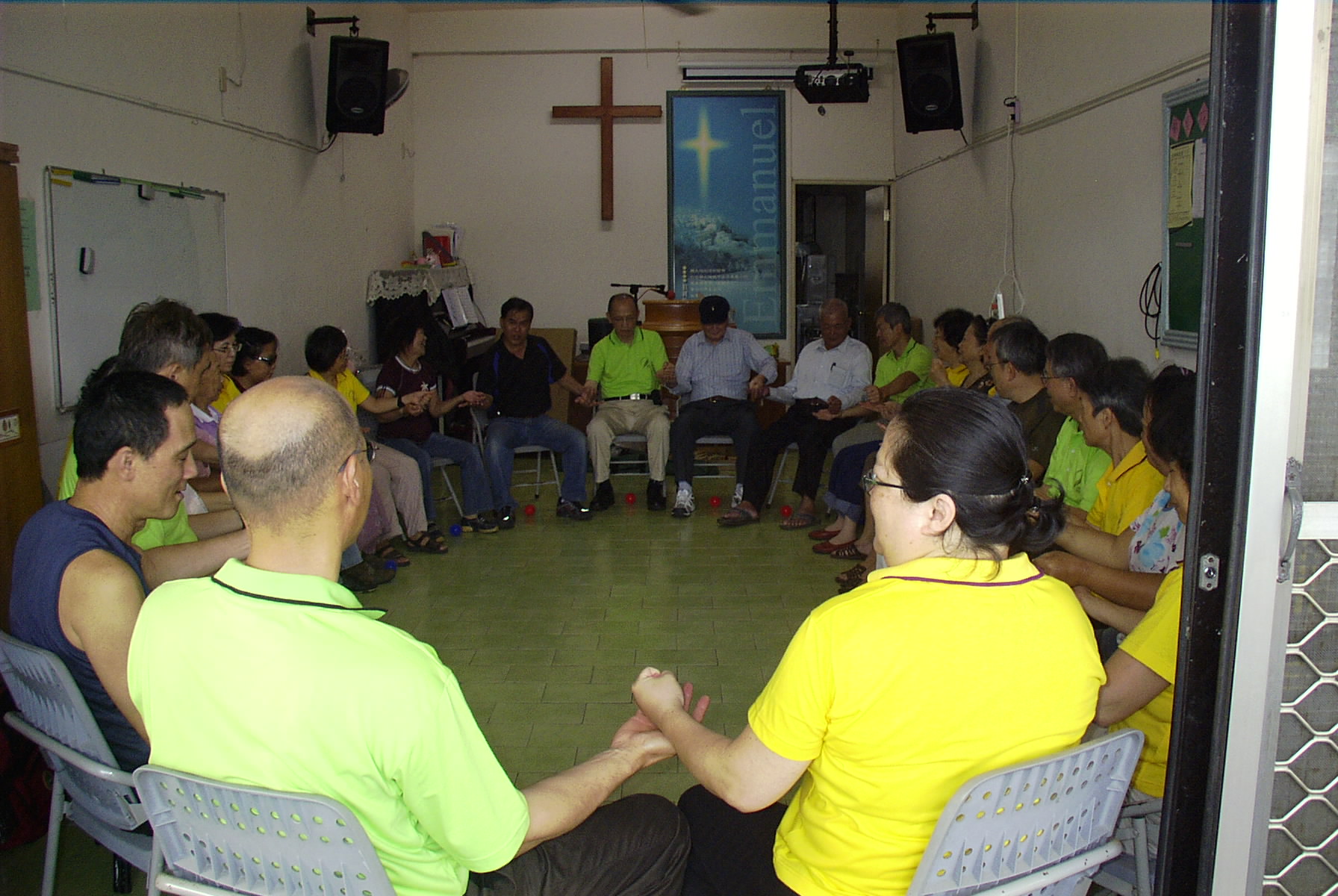 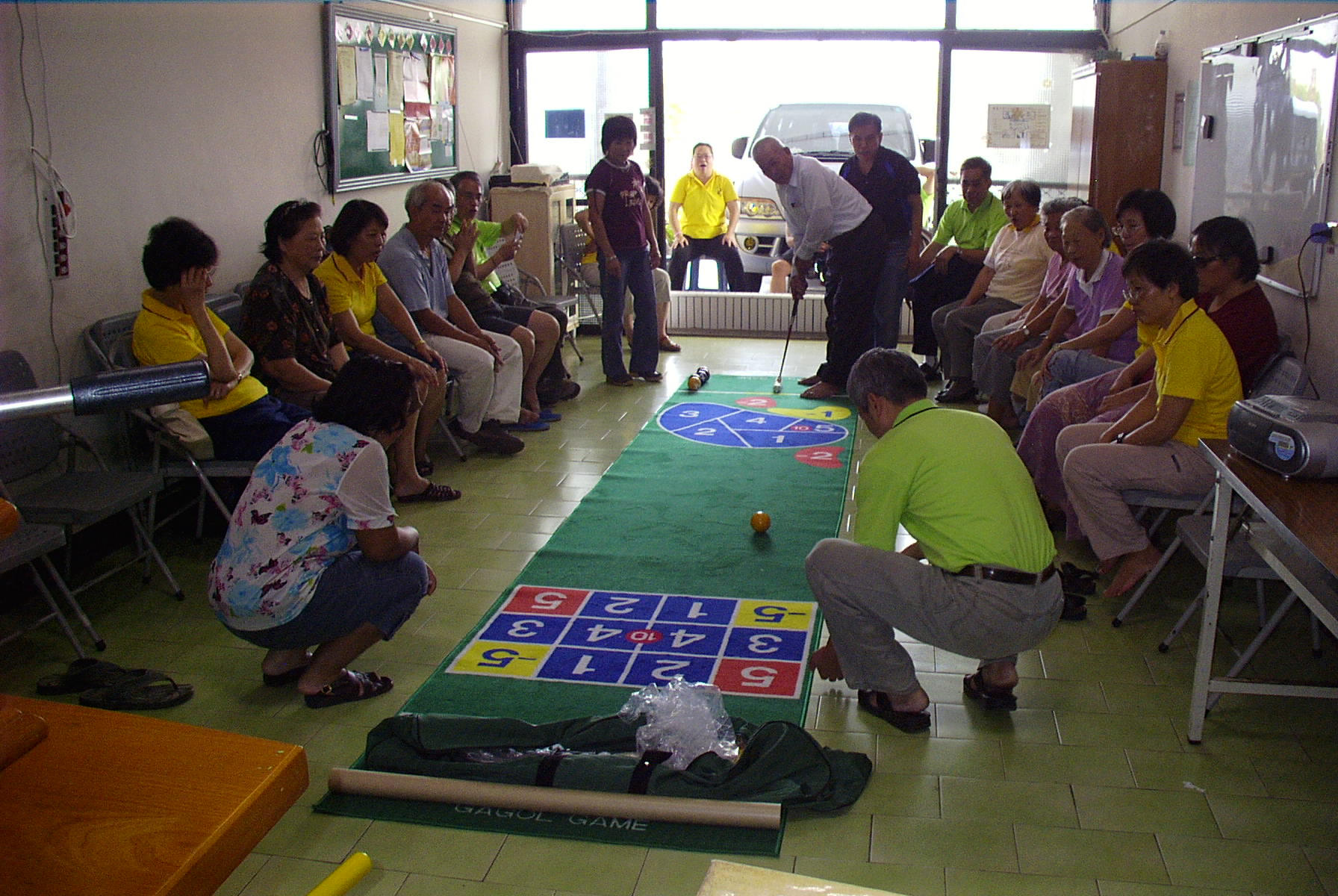 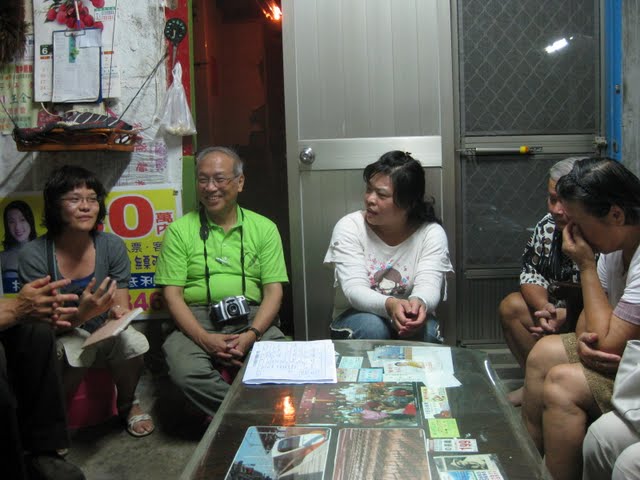 In the night, we split into three groups to join the weekly family meetings. I joined group number 1 to meet in a family of an old couple. This family meeting is similar to the small group meeting in American churches. There were two other families joining, too. Ms. Chiang led the worship singing. Her Taiwanese was not affluent and the group members encouraged her to speak slowly. The husband had long illness but is in satisfactory conditions now. They are worried about their son in Taipei and his financial situations. We asked them to share their stories in accepting Jesus. And we prayed for them. They shared their food with us and I was moved by their hospitality. 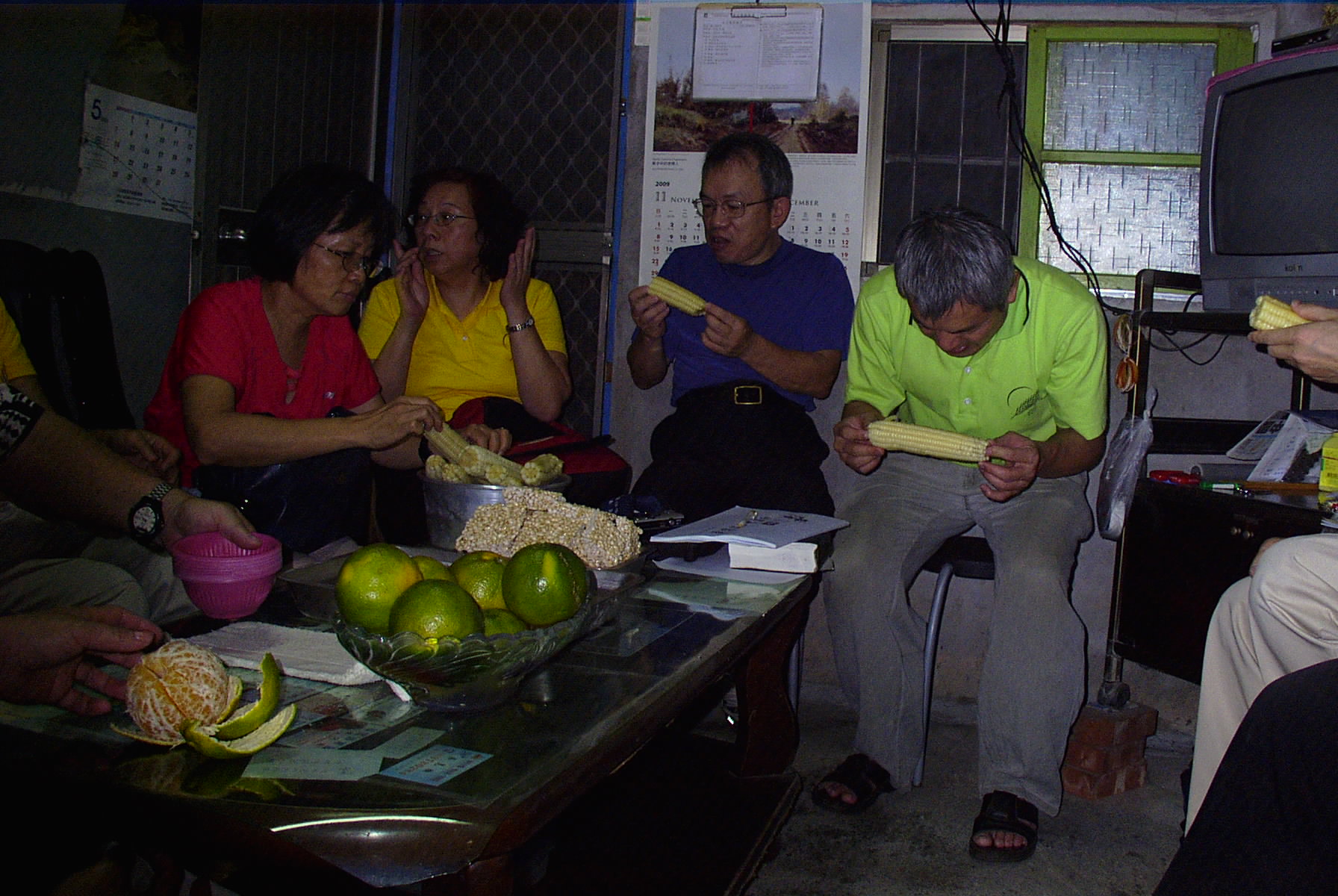 On Friday morning (the fourth day of the camp), we discussed the needs of the missionary in country villages. Pastor Chen shared with us the church history of Taiwan. It is a good summary of how Christianity was introduced into this small island. Presbyterian church dominates the Taiwanese church with 220-230 thousand members (about 1% of the total population). Dr. George Leslie Mackay from Canada came to Taiwan as early as 1872 and stayed at Danshui (Northern Taiwan) for 29 years. Rev. William Campbell from Scotland came to Taiwan in 1871 and stayed for 46 years in Southern Taiwan. There are two books worth to read:

The total Christian population in Taiwan is no more than 2-3%. While in Taipei, the Christian population my approach 7-8%, in the countryside is less than 1% and in Chiayi is 0.3%. There is a strong resistance in converting to Christianity even with nearly 140 years of missionary works.

In the afternoon, we discussed the village Gospel mission and various ways to do the works. Pastor Chen emphasized the important balance of Gospel and Charity as the two wings of a bird. To reach the community, there are many channels. After-school tutoring is the best way to get the trusts of the parents. If their children are well-behaved and meet good scholastic records, they will have faith in VGM. Good relationships with the schools will enhance the children’s education. Here, we can help the school in various teaching activities such as “Rainbow Mother” class for the first and second graders, “Champions” program for the youth, music and art classes and English class.

Secondly, summer camp is a good way to attract the children. Youth groups from Northern America (US and Canada) can organize and lead the summer camps. Thirdly, “elder care” is a growing need in the country villages. These old people have very little education and do not know how to use simple modern tools such as tape recorder, television and telephone. The last but not the least is to attract young coworkers to the villages.

Then, the group brain stormed various methods for the missionary works. One concern is to have volunteers worked remote from North America using Web Networks. An important work is to help the community to set up commercial activities and/or improve business management. Others include helping the villagers in financial planning and money management to get out of debt and enhance incomes.

Though there are some concerns on the shortcomings of short-term missions, Pastor Chen emphasized that without short-term missions, there may not have long-term missions. The important reminder for the short-term mission team is to have commitment in missions (not to become the tourists) and to have well planned programs and self-sufficient daily activities. Each center has its unique strategy and the priorities should be set and not be influence by the outsiders.

Late in the afternoon, we split into groups to visit church members. I joined my group to visit Elder Mrs. Sun. She placed the “Ten Commandments” banner on the center wall of the living room where traditionally was Buddha’s picture. Upon our request (or questioning), she told us her love story with her husband which was very unusual in her time. She is a very independent woman. She told us that she left home at 14 and worked as the maid to help the laborers and met her husband. She sort of regretted to marry an unbeliever. Her husband died early and left her to raise the two sons alone. She told us the tragic stories of losing her two sons. Her younger son died of traffic accident and her elder son committed suicide in front of his brother’s tomb. she has two grandsons and two granddaughters. She is living alone and with nominal government supports. However, she is so strong and overcame these deep hurts and loneliness. Without the Christian faith, I wondering how she can live in these conditions. We prayed with her and gave her blessing.

In the night, Pastor Chen continue the discussion on the spiritual warfare in the village Gospel mission.