English classes are taught to the middle school students in Taiwan. Unlike at the cities, the country villagers such as Guogou do not have the resources to hire foreign-born, native speaking English teachers or those who have lived in English-speaking countries. One of the activities of the mission teams is to teach English as a supplement to the regular school classes.

English as Foreign Language (EFL) was taught to two classes on Saturday afternoon from 2 to 4:30 at Guogou Center. The teaching materials was received from Saddleback P.E.A.C.E. ministry. EFL emphasizes conversational English which is different from the school English class. Though speaking in the class was encouraged, the students were shy and need time to get used to. In the last class before I left, I gave a test to the students. The photo below was taken during the test for the “B” class. 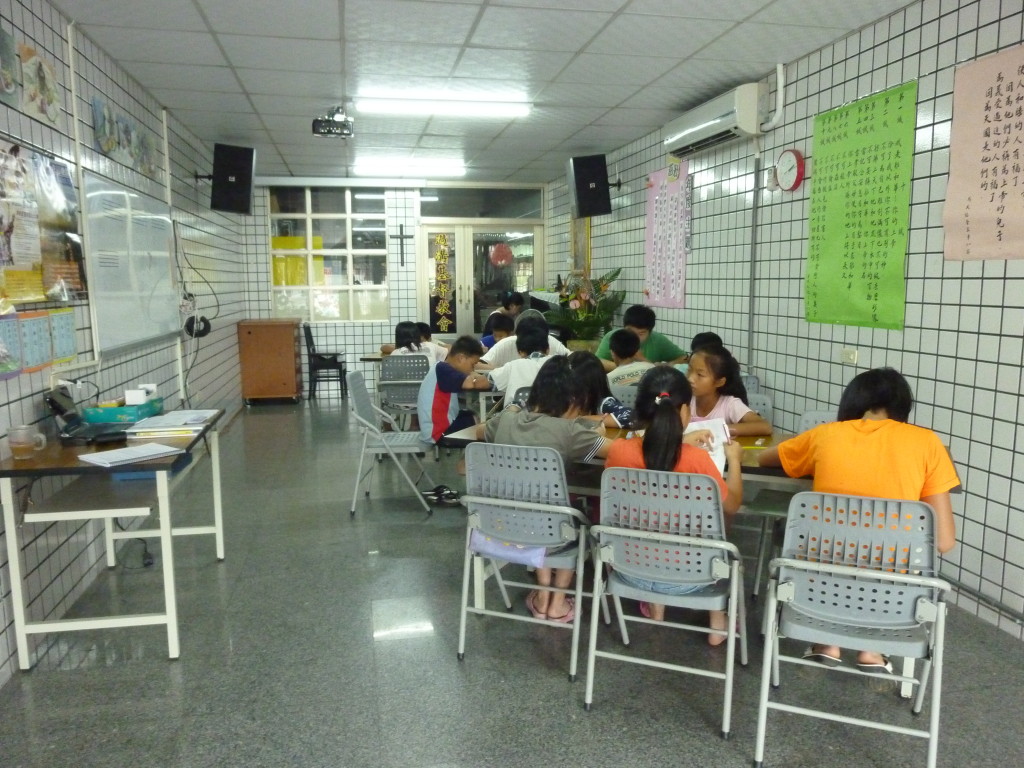 Dr. John Stark, a retired Biochemist in our mission team opened several conversational classes at night to different groups of students. The students loved the classes even though they had so much difficulties in listening and speaking. I had to cut-in sometimes to help in translation but I tried to put a limit on my part so the students were forced to sort out themselves by whatever means they can think of. 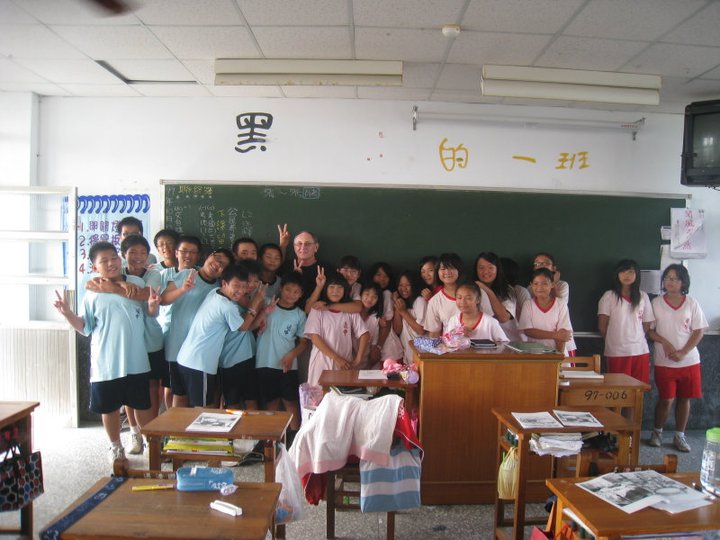 Dr. John Stark was warmly welcomed by the community and the schools. Below is a photo of John hiking out with Guogou Middle School Principle Liu’s family. 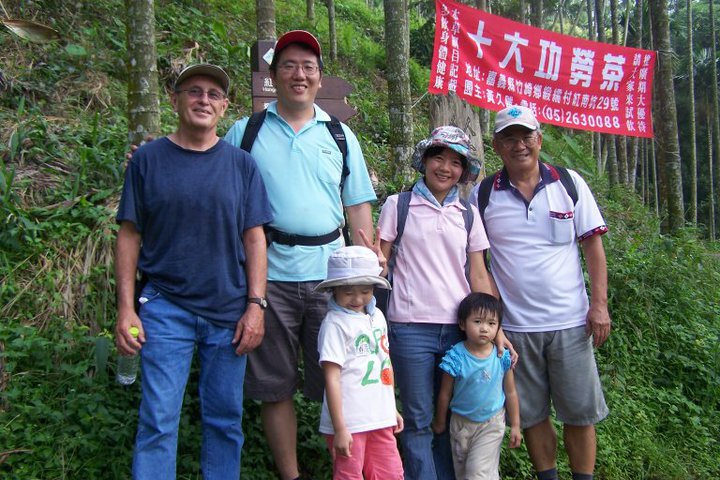 Just as our mission team left, an American pastor Jeremiah, who lives in Taibao heard about this EFL program and volunteered to continue in teaching English at Guogou Center. Through his coaching, one of the students won the first prize in English-speaking contest.