By ntuchamber in Church Worship on November 2, 2009.

This morning, I went to visit Songshan Presbyterian Church by the invitation of Elder Hsu (Steven). Instead of boarding a bus, I took a taxi there. Traffic in Sunday morning was light. I found the church inside the Jiaoher street night market. The street is very narrow and the buildings are very old since this is a community with more than 150 years history. From outside, I could not see a beautiful church until I entered the four stories high church inside. 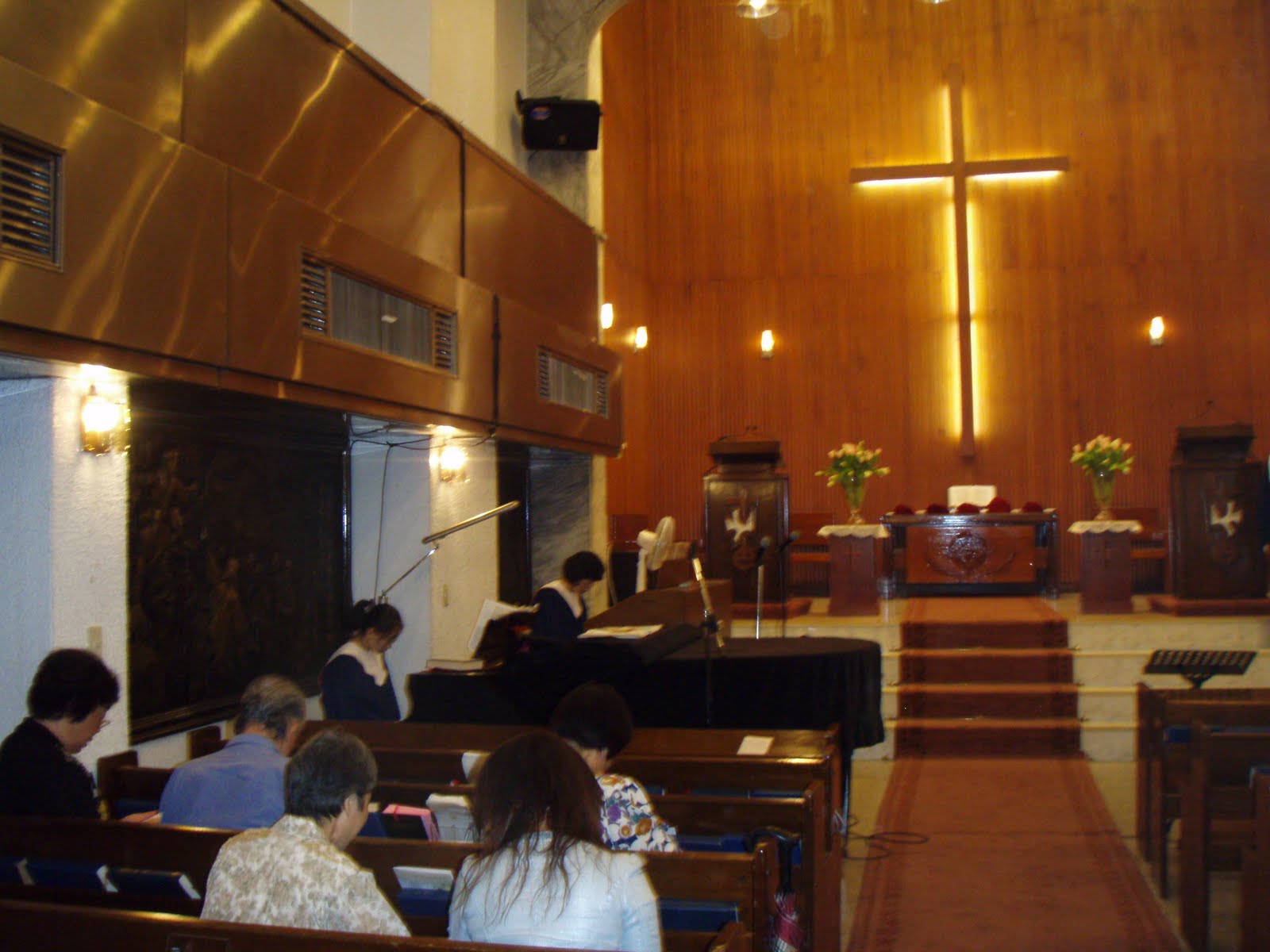 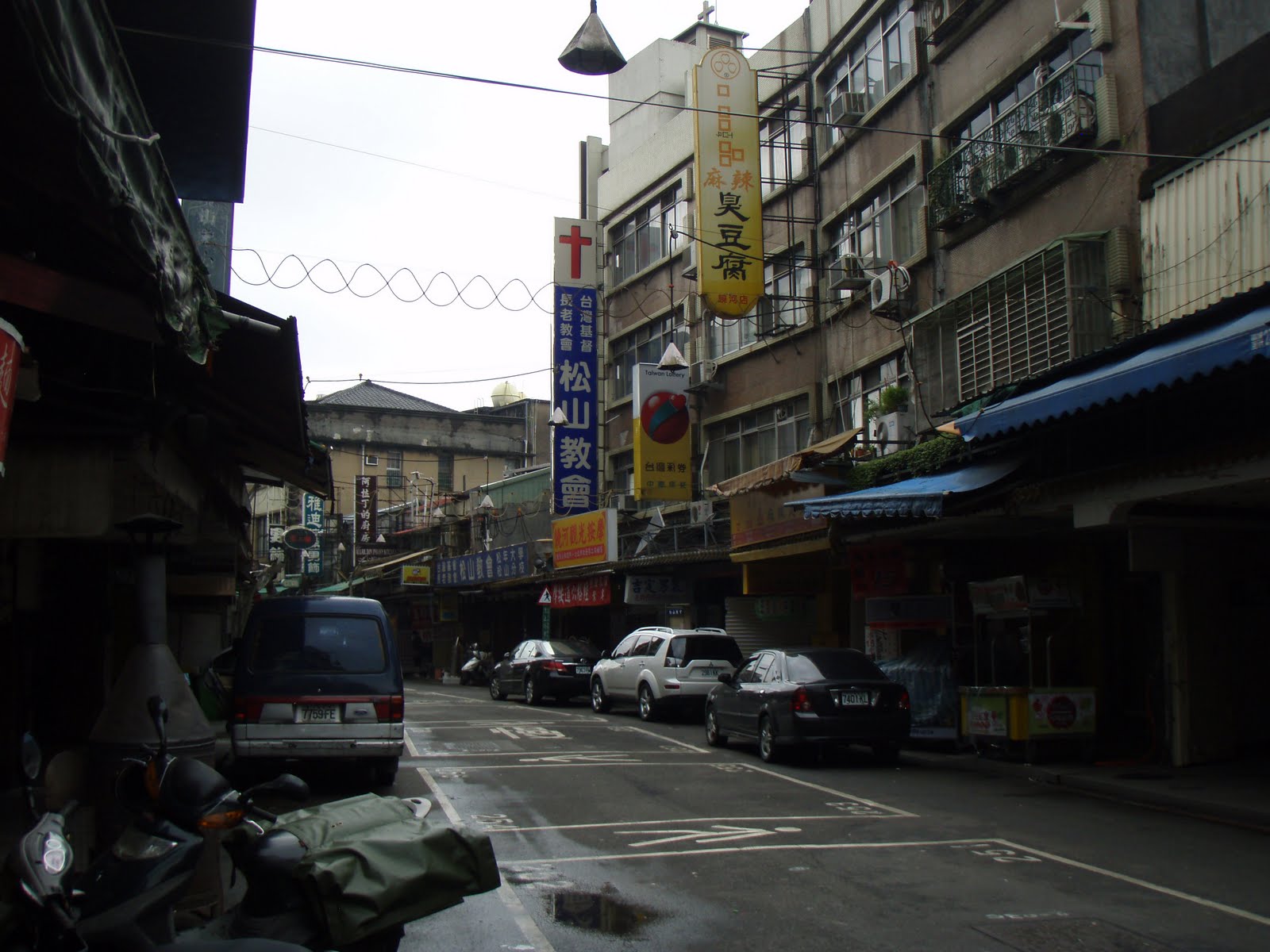 Songshan church was established in 1875 by Dr.George Leslie Mackey (1844-1901) from Canada. He spent 23 years in Taiwan (Formosa) for missionary. He arrived at Tamsui in 1872 and stationed there, built churches and clinic (small hospital). Besides Tamsui church, he built 9 other churches in nearby cities – Five Branch Valley, New Port, Monk Island, Nangang, Eight Mile Mount, Xindian, Keelung, Dalonton, and Songshan. During Sino-French war (1885), he cared for the wounded and saved many lives. In 1896, Mackay founds the Mackay Memorial Hospital in Taipei and a theological school and girls’ school in Tamsui. The church was rebuilt in 1975 when the street was widened and remained until today. 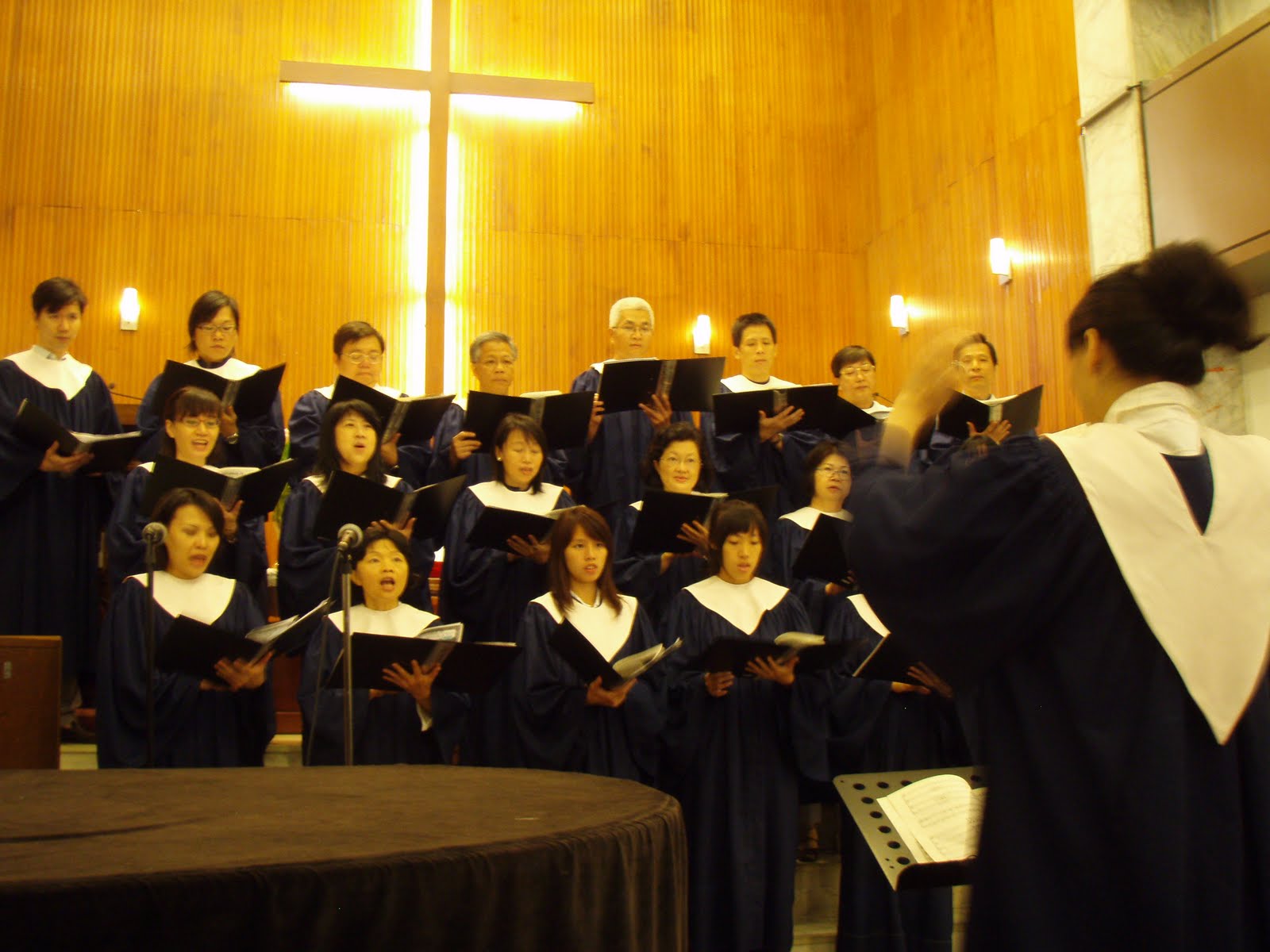 I watched the Choir practice before the worship. The song is “Glory to the Highest” which is contemporary style with some difficulties in syncopation and harmony. Their singing was energetic and expressive. They are disciplined and have a talented conductor. Maybe due to the acoustic or fewer Base singers, the Base part was a bit weak. Ruth and Steven’s son Wei-Hsun is singing in Tenor. He is a medical doctor in National Taiwan University Hospital and is still single. 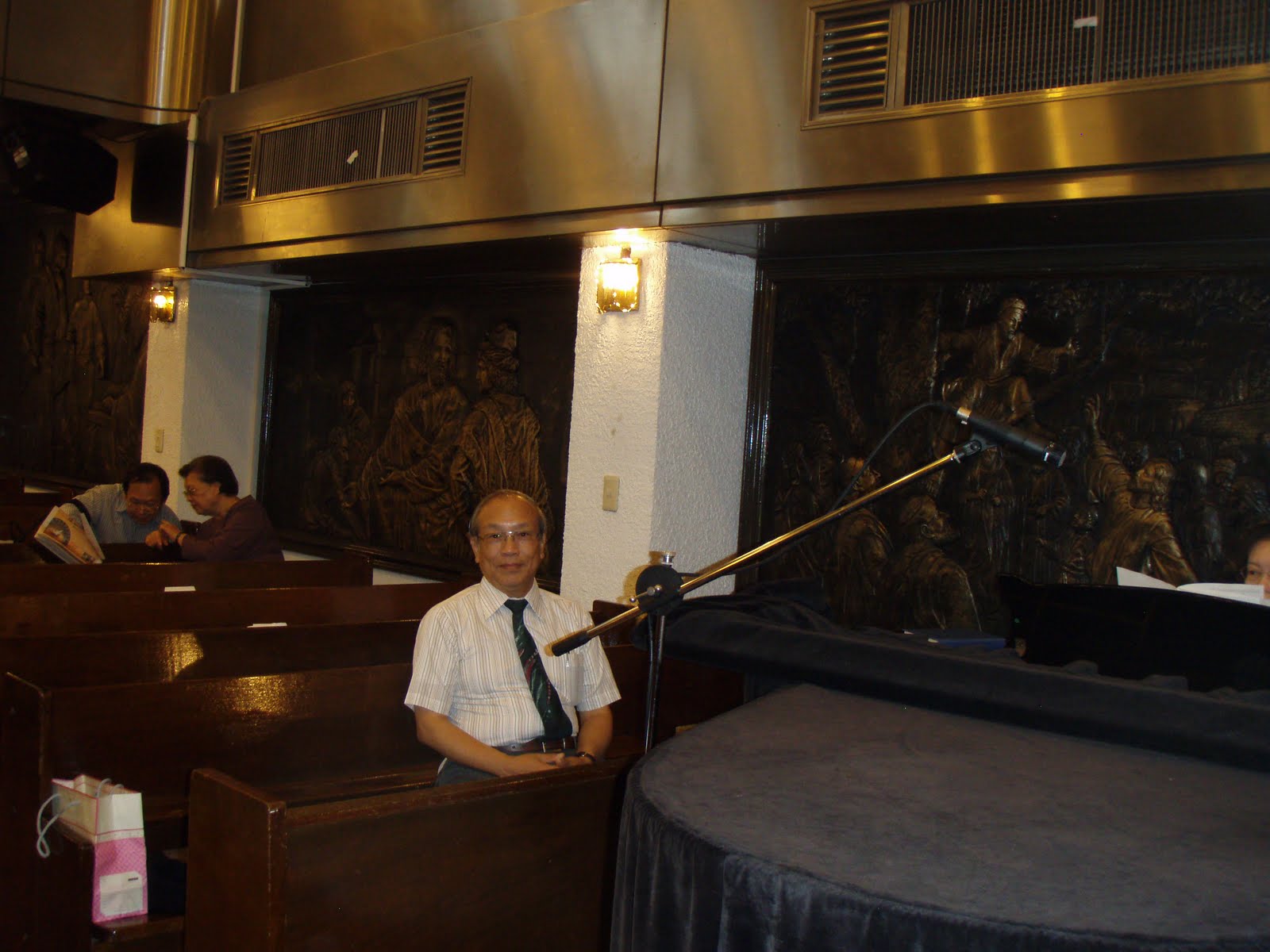 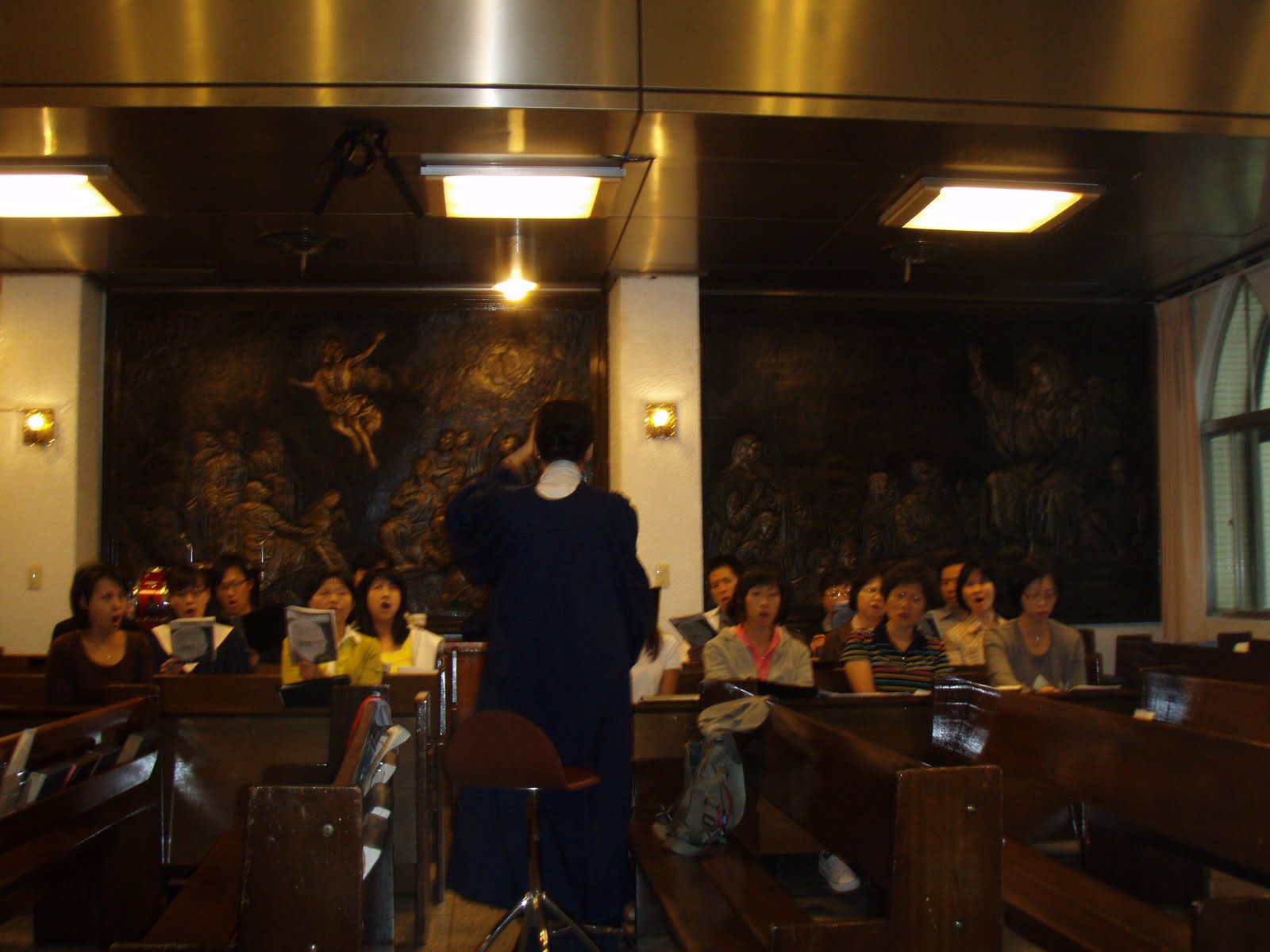 The church has several beautiful float carvings 浮雕刻 on the walls. Float carving (two dimensional) is different from sculpturing (three dimensional).
It was a very memorable visit and it brought back memories of the church life in my youth. I have not attended such a Presbyterian church service for many years and I really appreciated the visit. 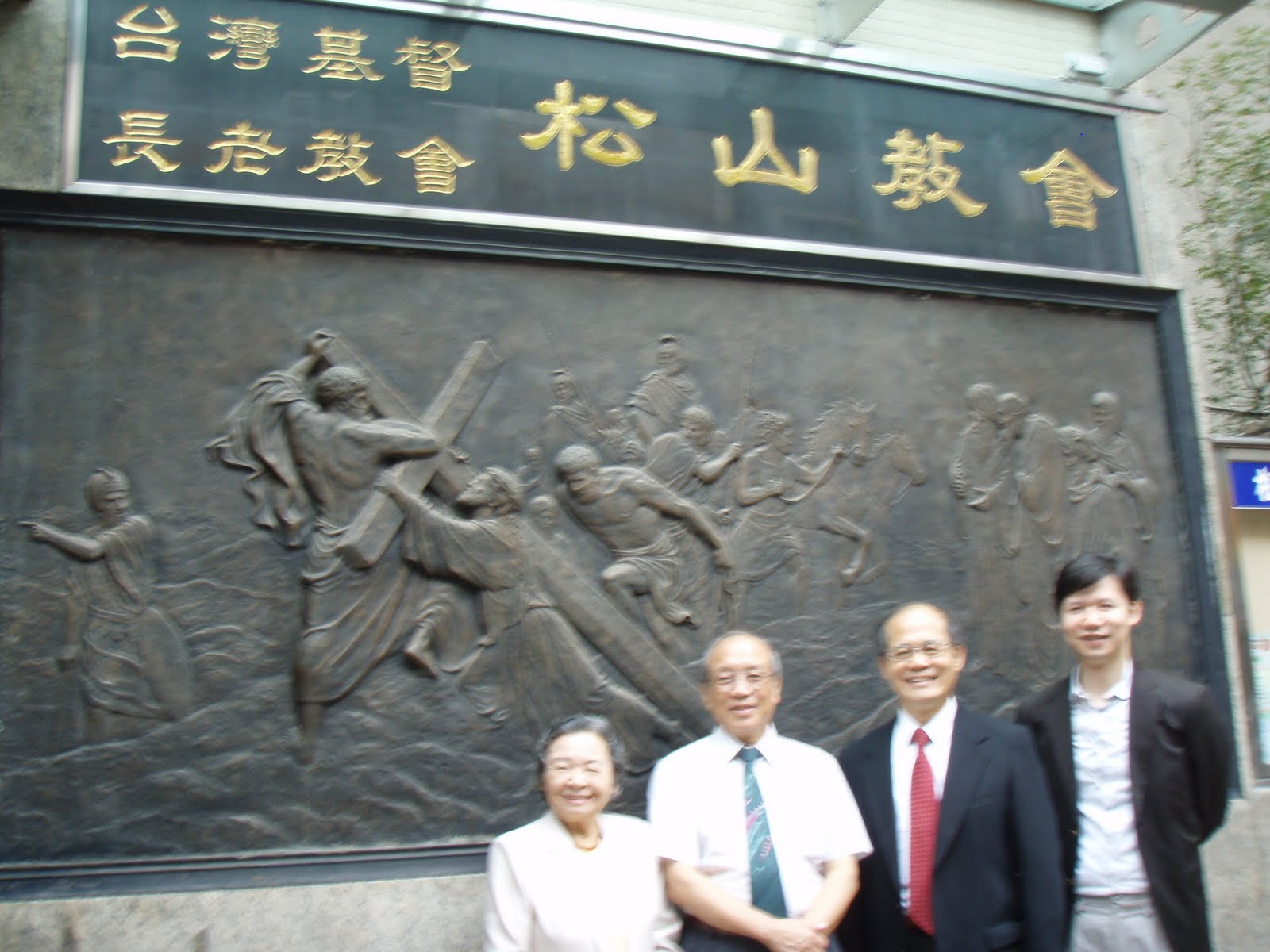