Have not posted for several months but kept busy in missionary works.

Joined Amazing Grace Choir for Taiwan jail mission in October, 2014 and stayed after casting my vote on 九合一選舉 (Nine in one election). In the almost 3 months stay in Taiwan, I spent most of the time in Guogou Church for missionary works, doing the same tasks as before and adding a few, including teaching ukulele classes. I returned to Taiwan in late February this year, for another 3 months stay to continue my missionary works. This time, Guogou Church asked me to add English Bible study, seminar for Youth Group and Elder Group as well as music teaching classes on violin, ukulele and Cajon box. END_OF_DOCUMENT_TOKEN_TO_BE_REPLACED

Do you know why, as Pope Francis rightly noted, proselytizing doesn’t work?  Elizabeth Scalia asked this question in her article ” Why Dolan, and Francis, and Benedict are Right“. Her answer;

Proselytizing doesn’t work because confronting people as walking categories of sin quickly communicates that one is only seeing people as units of fault and failure.

Proselytizing has an agenda, to convert people’s believing. This intention will quickly be discovered and worse yet, repelled if our approach is seen as confrontational. This is what I believed since I joined the Taiwan missions. END_OF_DOCUMENT_TOKEN_TO_BE_REPLACED

The Q-Questions of this week is “What is the Future of Evangelism?”

Pastor Jon Tyson responded this question with his post “Cosmopolitan Evangelism“. I was attracted by two of his view points:

END_OF_DOCUMENT_TOKEN_TO_BE_REPLACED

Where do I belong?

Mike Bell from Internet Monk has this blog “Where do I belong?” which is the first of a series on the subject of “Community”. This blog focused on how we can find a church community that is a good fit theologically. Through answering the questionnaires recommended in Mike’s blog, I found that: END_OF_DOCUMENT_TOKEN_TO_BE_REPLACED

How Do We Serve the Community?

In this article “We don’t believe in the term ‘superhead’ – the disadvantaged don’t need rescuing”, Steve Chalke, founder of the Oasis charity and academy chain, wrote:

At Oasis, we often say that we never come to do things “for” people, which patronises them. Or “to” people, which disempowers them, but always “with” people – only this will empower them. We are not the hero who rides in over the hill to turn things around.

This remind me of how we serve the community — “with” people. END_OF_DOCUMENT_TOKEN_TO_BE_REPLACED

What “Gospel” are we preaching?

Since I am a layperson, I was reluctant to discuss the sermons preached from the pastors openly; particularly those involved in politics and doctrines. Now, I was retired for five years and approaching seventies, the inner voice told me that I can talk openly in a way not to offend people. So, here I am. END_OF_DOCUMENT_TOKEN_TO_BE_REPLACED

Why Gospel of Mark?

We chose Gospel of Mark as the weekly reading for the Out-Reach Small Group. Why? Here are five reasons:

The focus is to portrait Jesus as the “suffering Messiah”, and the “servant savior”.

Jesus said “Go into all the world and preach the good news to all creation. Whoever believe and is baptized will be saved, but whoever does not believe will be condemned” Mark 16: 15-16.

It is the duty of our Christians to go out, reach many non-believers and let them know the good news so that they can be transformed and saved from the sins of this world. With this in mind, Ruth asked me to co-host an “Out-Reach Small Group” in Sunday night from 7:30 pm to 8:30 pm. She also asked three Church sisters to join so that they can learn how to host a small group in the future. END_OF_DOCUMENT_TOKEN_TO_BE_REPLACED

“Ever Green” small group in Guoguo Church consists of the elderly villagers from the local community. The group had grown to over 20 members and meet weekly to engage various activities, including art crafts, drama, painting, flower arranging, baking and outdoors, etc. Most of them are not baptized and this group is an out-reach effort of the Church.

On Wednesday (5/15) morning, the group visited a fishing pond in Augo Wet-Land Forest Park, north of Donshih Township. The 16 elders, Ruth, her son Carl, the tour guide and myself traveled with four cars. I drove the Camry with the men. The weather is warm and breezing with some clouds. END_OF_DOCUMENT_TOKEN_TO_BE_REPLACED

The remarkable accomplishment of a great humanist, José Antonio Abreu, who dedicated his life to set up the ‘Sistema’ in 1975, an extraordinary music and social project which has been running in Venezuela in an attempt to transform the lives of the nations poorest children. END_OF_DOCUMENT_TOKEN_TO_BE_REPLACED

END_OF_DOCUMENT_TOKEN_TO_BE_REPLACED

Amazing Grace Choir just completed the afternoon performance at Tai-Dong Wu-Lin jail and were waiting for the bus to come to pick up for dinner. We were scattered around, enjoyed the surrounding scenery and tried to relax. END_OF_DOCUMENT_TOKEN_TO_BE_REPLACED

Last year, I visited Guogou church for one month in June. There were festivals to celebrate the local deities. One day, I watched eight buses loaded with tourists drove by and curious about what happened. The villagers told me these tourists were from other towns, some were from far away to join the celebration. Later, I saw parades in different days on different streets. They told me each parade was for the deity in that surrounding area. I took some pictures without knowing what are those deities

END_OF_DOCUMENT_TOKEN_TO_BE_REPLACED

“Do you want to be healed?”

[2 ] Now there is in Jerusalem by the Sheep Gate a pool, in Aramaic called Bethesda, which has five roofed colonnades. [3 ] In these lay a multitude of invalids—blind, lame, and paralyzed. [5 ] One man was there who had been an invalid for thirty-eight years. [6 ] When Jesus saw him lying there and knew that he had already been there a long time, he said to him, “Do you want to be healed?”  END_OF_DOCUMENT_TOKEN_TO_BE_REPLACED

Saddleback Church has an excellent church counseling program and offered training for the members who wants to be church counselors. My wife, Betty and I attended the 30-week long counseling class and received the certificates in 2008. We have not pursued afterwards to actually practice counseling because of time requirement and uncertain of our abilities.

My NTU classmate, Dr. Tu encouraged me to involve in the counseling programs whenever I visit Taiwan and got me connected with Sulian Chen, the secretary general of an association actively operating a jail ministry (中華民國矯正機關收容人關懷協會). Though jail ministry is not my original intent in counseling, I was attracted by the enthusiasm, the professionalism and the Christian love radiated from Sulian. Consequently, I worked with Sulian in jail ministry for three weeks, two whole days per week mainly in Yunlin jail. END_OF_DOCUMENT_TOKEN_TO_BE_REPLACED

I traveled to Taiwan on May 19 to visit my mother and to take care of personal matters. Along with it, I visited Guogou Center again. During Ruth and Steven’s tour of Southern California in March, they visited the families of our Saddleback P.E.A.C.E. team members. At that time, we planned another Gougou visit in May/June 2010. END_OF_DOCUMENT_TOKEN_TO_BE_REPLACED

Routines were back on Tuesday (2/2), most of which were after-school tutoring. Pastor Shulin and I went to Budai Fishing Market to buy goods for gifts. Along the way, we shared on the visions of Gospel in the countryside. END_OF_DOCUMENT_TOKEN_TO_BE_REPLACED

END_OF_DOCUMENT_TOKEN_TO_BE_REPLACED

On Tuesday (1/26), Ruth and I visited Tai-Si Christian Church and observed their tutoring program. Tai-Si is in 雲林 County, about half an hour’s drive from Guogou. We drove along highway 61 which is the high speed route near the west coast. These areas are among the poorest region in Taiwan. Along the road, we saw wind turbines for generating electricity (not in operation yet). Then, there are so many fish farms besides vegetable fields. END_OF_DOCUMENT_TOKEN_TO_BE_REPLACED

I had an ear-infection. In the morning of January 23 (Saturday), Ruth took me to Chang-Gung (長庚) Hospital for treatment on the way to pick up Ms. Liao (Yichia) at HSR station. I was very impressed with the buildings/facilities of the hospital. The doctor and nurse were very kindly and professional. END_OF_DOCUMENT_TOKEN_TO_BE_REPLACED

I spent time to prepare lectures and teaching materials on Tuesday (1/19). In the morning, I walked around the neighborhood farmland. There are many kinds of vegetables and crops. Birds rested on the trees, plants and fields. Groundwater was pumped to irrigate the field. END_OF_DOCUMENT_TOKEN_TO_BE_REPLACED

To follow up the previous Saddleback mission trip to Gougou, I requested another visit at the center to learn more about the missionary works here. I arrived at the center in the afternoon of January 15 and received a warm welcome from Ruth and her coworkers. At 4:00 pm, Ruth arranged a meeting for me with Mr. Liu, the Principal and Ms. Lin the Counselor of Guogou High School. They invited me to present a lecture on chemistry related topic on January 22 and another lecture on my life story on January 26. END_OF_DOCUMENT_TOKEN_TO_BE_REPLACED

This Saturday morning, Pastor Chen continued discussion on the Spiritual aspects of Village Gospel Mission. He pointed out that the villagers have different concept on “decision” prayer in accepting Jesus. Their concept is that he will do it this time but he may change later. Therefore, the conversion process is not a one time event. This behavior may be deeply rooted in the ways of traditional temple worship. END_OF_DOCUMENT_TOKEN_TO_BE_REPLACED

Last night, I used ear plugs and slept better. This morning after breakfast and before 9:30, we had the same activities as yesterday — Bible study and prayer. END_OF_DOCUMENT_TOKEN_TO_BE_REPLACED 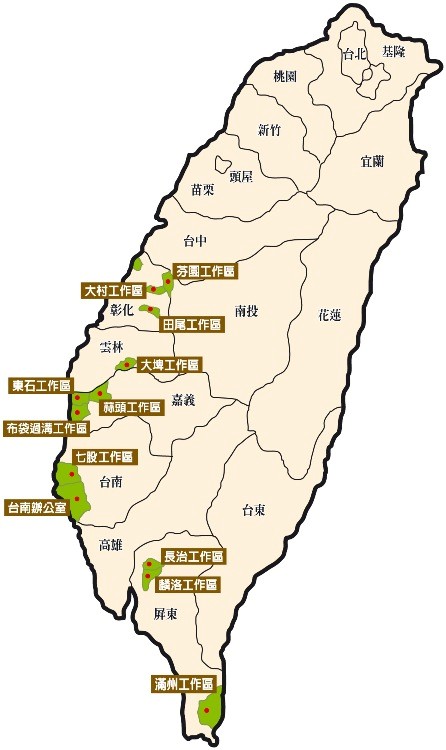 This week from November 10 to 15, I attended the Mature Camp held by Village Gospel Mission (VGM) at Tongshih village, Chiayi County, Taiwan. The purpose of this training camp is to get familiar with the missionary works of VGM, tour four other centers besides Tongshih and propose personal mission.   END_OF_DOCUMENT_TOKEN_TO_BE_REPLACED

On October 21, the team split into two groups to visit families. After the visitation of families, the team helped to deliver and distribute the lunch to the local residents that affected by the flood. END_OF_DOCUMENT_TOKEN_TO_BE_REPLACED

We attended the Sunday worship this morning. The worship was traditional Presbyterian style liturgy that included hymns, reading of scripture, the creed, special music, the offering, the benediction, etc. and used piano. For the special music, the two school girls joined Annie and Ching-Ya in singing a quartet on “The Invisible Hands” which is the theme song of “6 – Kameyama to orphanages” Youth Children’s Choir. We heard that the two school girls are orphans. One even witnessed her mother’s suicide in very young age. The song was very moving and many were in tears. END_OF_DOCUMENT_TOKEN_TO_BE_REPLACED

END_OF_DOCUMENT_TOKEN_TO_BE_REPLACED

This morning, John and I got up early and took a morning walk. Not far away from the center, we found a breakfast stand and ate breakfast. The fresh air and quiet countryside roads were very attractive for our city dwellers.

Around 7:45 a.m. Annie and Ching-Ya went with Ruth to the elementary school for the class of “Rainbow Life Education” (彩虹生命教育). The class combined singing, playing and teachings of moral behaviors and Religious (Christian) values. END_OF_DOCUMENT_TOKEN_TO_BE_REPLACED